Rachel Epp Buller ’96, printmaker, art historian and Bethel professor, says that workers – what today might be called the 99 percent – have long been a compelling subject for artists. 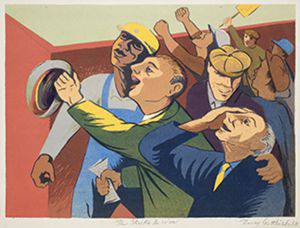 Epp Buller was curator of a temporary exhibit at the Wichita Art Museum, December 2012 through mid-March 2013, called Occupy Art: Protest and Empathy for the Worker.

Though the parlance of occupy and the 99 percent might be recent (the Occupy Movement was born in late 2011 on New York City’s Wall Street), the fact of artists commenting on workers’ struggles and successes is not.

Occupy Art consisted of about 70 paintings, prints and sculptures from the museum’s permanent collection, spanning a range of 150 years.

At a conference in 2012, Epp Buller spoke on research she had done in Berlin under a Fulbright Fellowship on Alice Lex, an artist from post-World War I Germany whom the Nazis censored for her political views.

After hearing Epp Buller’s talk, Stephen Gleissner, current curator at WAM, asked her if she would be interested in organizing an exhibit from the museum’s collection.

The museum owns several prints by Käthe Kollwitz, a German printer, painter and sculptor from the late 19th and first half of the 20th century, best known for how she depicted the condition of those who suffered from the results of poverty, hunger and war.

Stephen Gleissner told me about the museum’s Kollwitz prints, so I started thinking about how to craft an exhibition that would include those, Epp Buller says. She spent some time looking through the WAM collection, directly or in the museum’s web database, including pieces in storage. 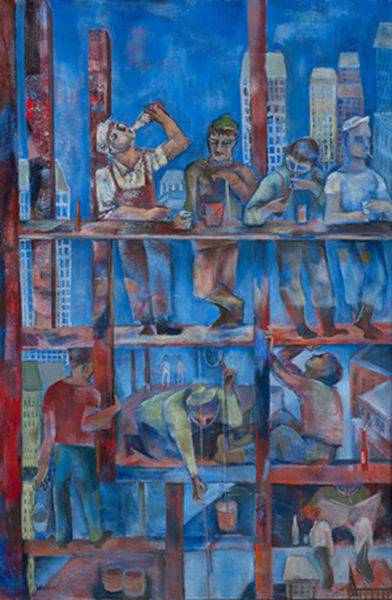 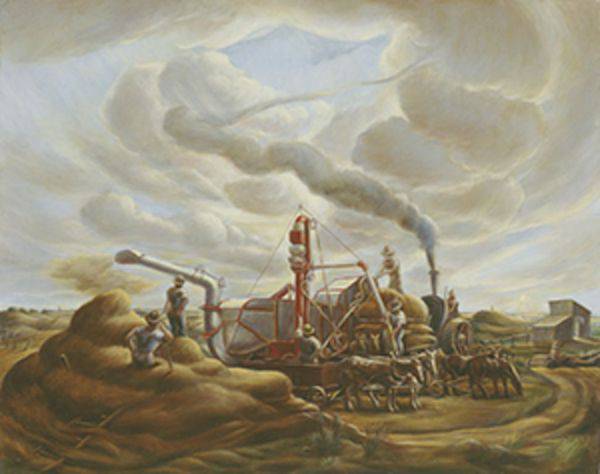 Occupy Art included a number of works on paper that are usually kept in storage and seldom seen by the public, Epp Buller says.

As she examined the collection, Epp Buller realized that many of the works, including Kollwitz’s, had themes and images related to workers and work.

‘Occupy’ is not a contemporary idea, Epp Buller says. There’s a whole historical lineage of artists being interested in the working class.

While Occupy Art did not include any work from the current Occupy movement, Epp Buller addressed that more in a curator’s talk in January.

She showed work from the Occuprint portfolio, a gathering of prints and posters on Occupy themes put together as a fundraiser, as well as a couple of images related to the Occupy Wichita movement.

Epp Buller taught a printmaking class in Bethel’s January interterm, which included a field trip to see the exhibit.

We talked about some of the different printing techniques [that have] real-life examples, Epp Buller says, and about how printmakers, especially, have a history of being involved in social and political issues, since prints are relatively inexpensive to produce and easy to disseminate widely.