A tradition of excellence

One who was there at the beginning – 1978 – reflects on Bethel’s rich forensics heritage as measured by an  unbroken record of students qualifying for AFA-NIET. 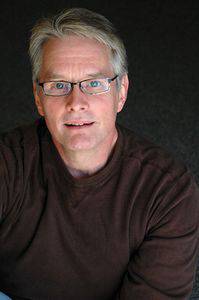 John McCabe-Juhnke ’78, professor of communication arts and director of forensics, has been teaching at Bethel since 1986. He had the privilege of coaching his daughter, Taylor McCabe-Juhnke ’12, on the Bethel forensics squad.

The first weekend in April each year, the Bethel College forensics team and coaches participate in the American Forensic Association-National Individual Events Tournament.

Over the years, I’ve come to view AFA-NIET as an annual celebration of the most talented competitors in the nation. The qualification standards are the most stringent of any national forensics organization. All competitors at AFA-NIET are distinguished by having consistently advanced to final rounds at regular-season tournaments, so AFA nationals is truly a tournament of champions.

Every year when we all gather on Friday night to take part in the ritual of handing out AFA-NIET schedules, meal cards and tournament booklets, I ask the students to turn in their booklets to the page that summarizes the history of AFA-NIET. I read these words aloud:

The AFA-NIET has demonstrated significant growth since its beginnings. A total of six schools have been present at all of the tournaments: Bethel College (Kan.); Bradley University (Ill.); George Mason University (Va.); Kansas State University; Minnesota State University, Mankato; and the University of Wisconsin-Eau Claire.

The ritual ends with congratulations to the students for their part in continuing Bethel’s tradition of forensics excellence.

In 2010, at the University of Wisconsin-Eau Claire, I was among three coaches recognized for 25 years of attending AFA-NIET. For most of my years, I did go as a coach. But in 1978, as a Bethel senior, I had the privilege of competing in the first-ever AFA-NIET at Illinois State University, along with approximately 168 students from 59 colleges and universities. 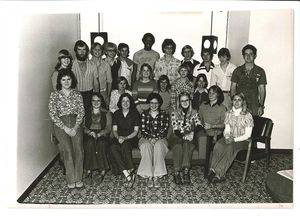 A few years ago, when KAKE-10 News came to campus to do a story about Bethel’s then-30-year record of attending AFA nationals, I went to my basement and dug out my 4th-Place Poetry Interpretation plaque from that first national tournament to show as an artifact during the interview.

As I write this reflection, I’m cognizant for the first time of my unique role in the history of Bethel forensics. I was the first Bethel student to advance to a final round at AFA-NIET.

Then as now, advancing to finals is as much a function of lucky breaks as it is of talent. A few years ago, one of my students stated it well: To get to finals at nationals, you have to be one of those people who didn’t piss off any of the judges.

When you’re judged by coaches from across the nation with different regional paradigms for argument and aesthetics, the likelihood is very high you will encounter a judge who doesn’t like your speech topic, literature choice or performance style. How my performance of The Sante Fe Trail by Vachel Lindsay continued to advance to the final round in Poetry at nationals is mostly a mystery.

Still, I know I owe much of my success as a competitor then and a coach now to teachers, coaches and peers who nurtured, encouraged and mentored me in my forensics journey.

At Moundridge High School, my coach was legendary powerhouse in the world of high school forensics Ed R. Stucky ’42. He tapped me on the shoulder after a high school play and suggested I would be good at forensics.

He prepared me well for my first tournament and I was hooked. As a nerdy teenager with no proclivity for athletics, I needed the boost in self-confidence that forensics provided. 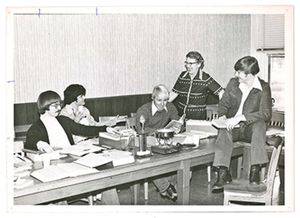 In college, I was privileged to be coached by another distinguished educator. Ada Mae Haury ’41 developed Bethel’s reputation of excellence in debate and forensics from the ground up. What she lacked in financial resources, she more than compensated for in determination, creativity and inspiration.

Forensics coaching sessions with Mrs. Haury were dominated by the warmth of that signature smile, which made me forget just how hard she was making me work to achieve the high standards she set for me.

I also learned a lot in my first year of college competition from talented older students. In fact, my performance of The Santa Fe Trail was patterned after a superb one by Keith Ratzlaff ’75, a Bethel senior on the team when I was a freshman.

My four years of college competition coincided with Ada Mae Haury’s last years of coaching. Her retirement opened the door for me to get my first taste of coaching college forensics.

In the spring of 1979, the year after I graduated, I was tapped to serve on a team of assistant coaches as Bethel began the search for a new director of forensics. That experience was key to my decision to become a college educator.

And seven years later, I returned to teach at Bethel full time, joining head coach Mark Stucky ’71. Mark had continued the trajectory of Bethel’s competitive success in forensics in the 1980s, coaching the squad to several top ten team sweepstakes rankings at AFA-NIET.

That Stucky name has left quite an imprint on Bethel forensics. Ed R. Stucky coached both his son, Mark, and me in high school. All four of Ed R.’s grandchildren – Brian Stucky ’02, Dave Stucky ’05, Matt Stucky ’10 and Marike Stucky ’14 – have competed for Bethel at multiple AFA-NIETs. Brian served as an assistant coach and director of debate for several years. Currently both Mark and Bethel Co-Director of Libraries Gail Niles Stucky ’81 are assistant coaches. In fact, Gail competed at the first AFA-NIET as a Bethel freshman and was coached by Mark in her junior and senior years.

Folks from other universities who regularly compete with us often ask if Bethel forensics will ever run out of Stuckys. Well, we haven’t so far, though there may be a bit of a gap in the next several years, while we wait for Ed R.’s great-grandchildren to reach college age. By that time, I’ll have passed the torch to another director of forensics. (That last sentence could very well end at the word passed.)

My nearly 30-year relationship with Bethel College forensics is rich with memories of outstanding students and colleagues. All the hours of traveling in vans, staying in motels and meeting and competing with students from across the nation have provided me with a rich fund of stories and relationships.

I have been blessed with (mostly) safe travel – though student opinions vary on how secure they feel with me at the wheel of a 15-passenger van – and with good health. Only two trips were interrupted by brief hospital stays – one for a student with impacted bowels (don’t ask) and another when I fell in a motel bathroom and broke my wrist.

Once my wrist was isolated and I was medicated with Lortab, I was sent back to the tournament and even judged a final round (as I recall, my wrist was in the air and my head in the clouds).

This year marks the 35th year of Bethel students qualifying for AFA-NIET. Since 1978, my fourth-place ranking has been bested by a number of Bethel students. In 2004, Jeremy Schrag ’04 earned his own spot in the history of AFA-NIET by winning first place in Persuasive Speaking and becoming Bethel’s first national champion.

In years ahead, Bethel’s tradition of excellence in forensics will be entrusted to someone else – a new director of forensics with the youth, energy and vision to guide the team into the next generation of competitive experiences. And I trust that, for years to come, the first weekend in April will continue to be marked by a group of talented Bethel students gathered with their coaches at AFA-NIET, celebrating their place in the college’s rich history of forensics competition.