In her 21 years with the Kansas Institute for Peace and Conflict Resolution (KIPCOR), Kirsten Zerger ’73 has seen some remarkable changes. 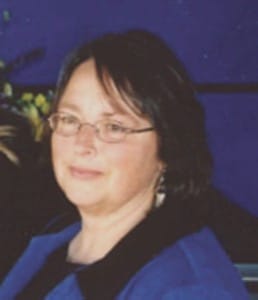 Although her time on paper adds up to “more than 10 years but less than 15,” Zerger first came to work at KIPCOR in 1995. Over those years, “I think I’ve held about every position. When I was director, there was no one else, so I’ve been the administrative assistant.”

Her initial assignment as director was to lead a year-long needs assessment process. At that point, KIPCOR “had shrunk to an alcove in Richert House,” Zerger says. She with the KIPCOR board and Bethel talked about “shutting it down, taking it independent, or Bethel putting in more”—which is ultimately what happened.

Zerger was the founding manager for KIPCOR’s Community Mediation Center, before becoming director of education and training (her position at the time she transitioned to senior associate for mediation and training, this past May), which at various times included chairing the Department of Social Science, leading the Peace, Justice and Conflict Studies initiative and coordinating the KIPCOR/Bethel Conflict Resolution Certificate program.

Zerger knew Gary Flory, current KIPCOR director, when he was teaching at McPherson College, and encouraged him to apply for the director position in 1998, when it became clear KIPCOR had a future. “That was a major turning point,” she says. “We went from almost nothing in Richert House, to filling Kaufman House with all kinds of activities. We do such a variety of work. We’re known all over the state—we’re asked to bid on work in problem solving and dispute mediation.

“I give credit to Gary for vision, for grant-writing. KIPCOR is on the map in a way we saw [in the mid-’90s] was possible—and it actually happened.”

One of Zerger’s favorite changes was seeing KIPCOR move into Kaufman House, originally the home of Bethel’s fifth president and Zerger’s grandfather, Edmund G. Kaufman 1916. Zerger lived in the house as a kindergartener and her mother, Karolyn Kaufman Zerger, a 1946 Bethel Academy alumna, grew up there.

“I was driving around the Bethel campus with my grandmother [Edna Ramseyer Kaufman] and I asked her if she might be interested in making the house more than a rental property, as it was then,” Zerger recalls.

“She thought about it, and then we talked with Larry Voth ’58 [then director of development] and worked things out.” Ed Kaufman had deeded the house to Bethel, and Edna Ramseyer Kaufman set aside money in her estate to help pay for renovations to make it into KIPCOR’s office.

They were completed in 2003 (with Zerger’s cousin, Chip Parker, as the architect) and Bethel dedicated the new Kaufman House facility at Fall Festival that year.

“My uncle Gordon Kaufman ’47 had come for my grandmother’s funeral [in August 2001],” Zerger says, “and we walked around the house and he talked about his memories of growing up there. When we lived there, Elvera Voth ’46 lived in the tiny attic apartment, and used to babysit for us children.”

Zerger graduated from Bethel in 1973 and earned her J.D. from the University of California-Berkeley School of Law in 1977. She practiced law in California for 12 years, including serving as counsel for César Chávez and the United Farm Workers, and as chief counsel for the California Teachers Association. She is a Kansas Supreme Court-approved mediator in core, domestic, civil and parent-adolescent.