Rob Schunn ’86 knows his degree in natural sciences and communication arts prepared him well for the career he ended up in: multimedia journalist. The title has developed over almost three decades at KWCH-Channel 12 in Wichita. 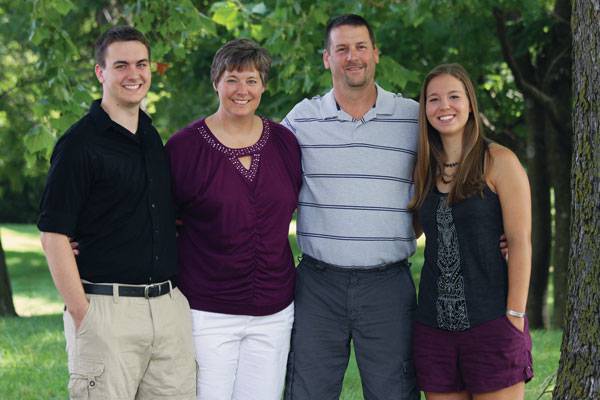 Liberal arts and a small-college setting exposed him to a wide variety of experiences, he says. Rob played basketball, and he was interested in science when he arrived at Bethel from Arizona. He quickly immersed himself in all Bethel had to offer.

One of the best Bethel experiences he recalls was the startup of radio station KBCU-FM 88.1 in his senior year. Rob and several other students passionate about this communications medium raised the funds and saw the station to fruition. At that point, Rob says, he was “bit by the bug.”

He had a chance to do an internship at KWCH his senior year, after serving there in several capacities in earlier years. Later, as a camera operator, he would often do solo shoots, conducting the interview from behind the camera and doing final editing back at the station.

Rob credits his Bethel liberal-arts education for preparing him to do the many different kinds of news stories he encountered daily and for building the base to launch a journalism career.

As a student at Bethel, Diana Erb played volleyball and studied nursing, maintaining both those interests through her senior year—no small feat given the time requirements of both programs.

Diana graduated in 1987 and began her nursing career as a post-surgery floor nurse at St. Joseph Family Hospital, now Via Christi, in Wichita. She then moved to the emergency room and developed an interest in forensic nursing. Part of her responsibilities included writing a report for JCAHO, a health-care compliance review. One section of the report was on sexual assault, which led Diana to research and coursework in Santa Cruz, California.

She learned revolutionary care for victims of sexual assault and her research changed the trajectory of her career. Today, Diana is the executive director of the Child Advocacy Center of Sedgwick County. She speaks nationally as an expert on children and sexual assault, and in that capacity has served as a consultant to The Oprah Winfrey Show.

Rob and Diana have two children, Casey, who graduated from Bethel in 2014 and now manages Thresher Shop (formerly the Bethel bookstore), and Kylee, a sophomore basketball player planning to major in social work.

After 29 years in television journalism, Rob has made a job change—as of Aug. 7, he joined the Bethel advancement team as annual fund director (see page 24).