When telling the story of Bethel’s long tradition of mathematics excellence, one place to start is with Samir Khabbaz. 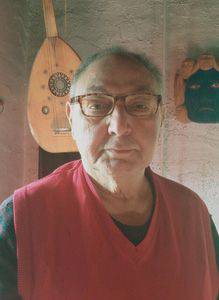 The professor emeritus of mathematics at Lehigh University, Bethlehem, Pennsylvania, is the Distinguished Achievement Award winner for 2015.

Khabbaz was the first Bethel student ever to take the Putnam exam, considered the most prestigious mathematical competition in the world. But it was a miracle he got to Bethel at all.

Khabbaz was determined to study math outside his native Palestine. As a high school student in Jerusalem, he needed to pass a test to be able to go to the University of London, but he had had no calculus.

So he went to the bookstores in Jerusalem’s Old City, found a book on calculus, taught it to himself and passed the entrance exam.

He didn’t make it to the University of London. Khabbaz and his family were uprooted from their home in what is now the state of Israel by the 1948 Arab-Israeli War.

He came to the United States with a Jordanian passport in 1950 to attend Bethel College after he heard about it from Mennonite relief workers in a refugee camp in Jordan.

Khabbaz had been at Bethel for a year when, in fall 1951, he was a student of Arnold Wedel ’47, a young professor teaching his first college calculus class. Wedel recognized Khabbaz’s exceptional mathematical abilities and had him take the Putnam in fall 1953.

Khabbaz’s score ranked him 64th in the nation. After graduating from Bethel in 1954, he went on to earn a master’s degree and Ph.D. at the University of Kansas and to teach and do research in algebra, topology and related branches of mathematics for many years at Lehigh University.

Khabbaz is connected to two other markers on the Bethel math history timeline. His younger brother, Nabil ’60, was a member of Bethel’s first-ever Putnam team, in 1959. The highest-scoring Putnam team to date competed in 1964 and one of its members, Elias Toubassi ’66, went on to do his Ph.D. work at Lehigh University under Samir Khabbaz.

Khabbaz spent one semester as an assistant professor at the University of Massachusetts, Amherst, before he began teaching at Lehigh University in the fall of 1960.

In the summers of 1960 and 1961, Khabbaz did research under the National Science Foundation. In 1962, he won an Office of Naval Research Associateship to be carried out at Yale University, which he did from 1962-64.

Sabbaticals and conference speaking invitations have taken Khabbaz across the country, from New York to Hawaii, as well as around the world. He spent one year with the Liverpool (England) Symposium on Singularities. He has spoken at conferences in Canada, Jordan, Tunisia, Italy, the former Soviet Union, Germany, Curaçao and Hungary, but still remembers with great fondness two invitations from his alma mater. He gave two talks (one technical, one for a general audience) as part of Bethel’s centennial celebration in 1988, and accepted a similar invitation in 1994.

In addition to his decades of teaching and research, Khabbaz’s alumni award recognizes his service to the Arab-American community in northeast Pennsylvania and to Arab mathematical scholarship globally.

Khabbaz served on the International Advisory Committee for the Union of Arab Physicists and Mathematicians throughout the founding years, in the early 1980s, of the Arab Journal of Mathematics. He was the first U.S. editor of the mathematics journal of the Arab world.

Khabbaz organized a weekly radio program on WMUH-FM (Muhlenberg College, Allentown) with the goal of bringing Arabic music and culture to the Lehigh Valley. This earned him an achievement award from the Lehigh Valley Community Broadcasters Association in 1991. He originated a similar program on public radio, WDIY-FM, Allentown, in the mid-1990s.

He served the Arab-American Cultural Association, as president and a board member, between 1981-90. The organization served about 10,000 families with Arab ties in the Allentown and Bethlehem areas.

Khabbaz received a 2002 award of appreciation from Americans of Arabic Heritage for the noble service you provided the Arab Americans of the Lehigh Valley. He is a member of the board of directors of Americans and Palestinians for Peace.

Khabbaz lives in Richlandtown, Pennsylvania, and is married to Shirley (Dean) Khabbaz. They are the parents of three children, Tani ’82, Dar and Brian. (Tani and Brian are deceased.)

Khabbaz will receive the award and be honored along with other alumni award winners at the annual Alumni Banquet, June 6 at noon. (See A Thresher Refresher! for Alumni Weekend details.)