Ken Deckert was devoted to family, career and alma mater

Ken Deckert was known for his devotion and generosity to his family, which he has now extended to Bethel College through a six-figure estate gift. 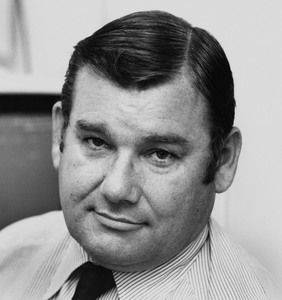 Kenneth L. Deckert was born in Glendive, Montana, and lived through his high school years on a farm near Richey, Montana, where Bethlehem Mennonite Church was an important part of his life.

Deckert graduated from Bethel College in 1953 with a major in mathematics.

His sister, Alison Hiebert ’55, remembers her brother as being very active in Bethel’s ham radio club. They had a ham radio shack way up in the crow’s nest on the third floor of the Ad Building, she said (the area is now a supply closet for the alumni office). It was the physics and math that attracted him.

She also remembers her older brother as a great raconteur, with some of his Montana stories collected into a printed booklet. A 2014 memorial edition includes memories from Deckert’s three nieces and nephew, read at his memorial service, Oct. 3, 2014.

After graduating from Bethel, Deckert taught at his high school alma mater in Richey and at Freeman Academy and Freeman Junior College in Freeman, South Dakota.

Between completing his master’s degree and pursuing a doctorate, both at Iowa State University, Ames, he also taught math and physics for two years at Bethel.

After earning his Ph.D., Deckert went on to a 29-year career in a development lab as a consultant to engineers at IBM in San Jose, California, which led to awards for mathematical computation on computer disk-reading heads, and to a number of patents.

In 1980, he received (along with Sanford A. Bolasna) an Outstanding Achievement Award from IBM for work on a simulation program for air bearing sliders (used in computer hard disk drives). At the time, it attained a reduction in simulation costs up to a thousand percent, and could simulate bearings up to four times thinner than any cited in the current literature.

Deckert retired from San Jose to North Newton in 1989. He was respected in the community for his involvement at Bethel College Mennonite Church and the college itself.

He served on the Bethel Board of Directors from 1989-2001, including as chair, 1993-96. In addition, over the years Bethel’s math and information technology departments were regular recipients of Deckert’s financial generosity.

In retirement, he was devoted to his family— his mother, Annie Deckert (still living in 1989), two siblings and spouses, nephew and nieces.

His brother, Marion Deckert ’56 (Lois ’55), sister, Alison Hiebert (Harvey ’54), and one niece, Greta Hiebert ’85 (Nathan Smucker ’86), live in North Newton. Like Ken, all are Bethel graduates (as are nieces Alice Deckert ’84 and Jennifer Hiebert ’80 and nephew Alan Deckert ’84), with the third generation now at Bethel College in freshman Neil Smucker.

He made sure our college funds were well supplied, said Greta Hiebert. He never said we had to go to Bethel, but I’m sure he was glad we did.

He was very generous to causes and organizations he believed in, she added. He didn’t spend on himself.

Bethel College is grateful for the many ways in which Ken supported and engaged at Bethel College, said Pam Tieszen, vice president for advancement. His six-figure estate gift will be used for campus upgrades.