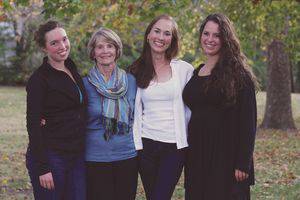 In 2014, social work at Bethel is marking a milestone—40 years as an accredited program. In that time, its graduates have shared the skills and knowledge they gained at Bethel across Kansas, the country and the world.

Also in that span, a dynasty may have begun—three generations of Weaver women have graduated from Bethel with degrees in social work (and another in the third generation will do so in May 2015).

The four agree that though the role of social workers in American culture and society might have changed over the past 30 years of their collective experience, there are constants in what they learned in Bethel’s program.

We learned to empower others, Emily says, and Madelyn adds, That’s one thing that’s really emphasized. Using the ‘strengths perspective,’ focusing on the positives of the person.

We learned how to access resources and how to collaborate with other people and organizations in your community, Cathy says. 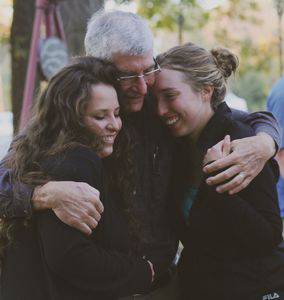 Emily adds, Advocacy is something we learned at Bethel. And to respect people’s right to choose—self-determination. Whether you agree with it or not, you respect their right to choose. You can’t push your beliefs on to them.

What I think is neat is that these are things that will stay with me in any job I have, says Miranda, and Madelyn notes, What you learn in social work, you can take to any profession.

However, says Miranda, the one thing I don’t think I learned was just how unpredictable it is. In school, you get used to being able to depend on the professors and [peers].

That, says Emily, is what your first job is for.

I enjoy working with people, Emily says, and I wanted to do something where I was making a difference in people’s lives. I felt I could do that with social work.

Cathy echoes her when she says, I felt social work was the best profession for me to be in because I enjoy people and I’m a person who likes to help. I wanted to empower people. For most problems, there are solutions, and I enjoyed finding the resources that my clients needed.

I knew I wanted to work in a helping profession, to help people with things they needed, when they couldn’t help themselves. That was my draw to it, says Miranda.

Madelyn, the youngest, had paid attention to the others. My mom had told me about what she did and that interested me. Miranda, [after she started] in the program, told me about it and how she liked the profession. I enjoy helping people.

And, as Miranda alludes to with her first job with at-risk children, they appreciate the life lessons social work teaches.

I’ve learned that people don’t need me to be a super-hero, Miranda says, they need me to be a real person. It’s really about relationships. That was the bottom line with the kids. If there was no relationship, they wouldn’t have had anything to do with you. I began to realize that the more I was a real person with them, [the more it] empowered them.

Also a lesson learned, says Emily, is how to deal with the frustrations that can come with the job. Sometimes you don’t have a lot to work with as far as resources. If you focus on what you can do and acknowledge and celebrate what you’ve accomplished, that leaves you with a good feeling.

If you’re a social worker, you need to be able to go [beyond­]—sometimes the solution is not within the boundaries, says Cathy. [One of my clients] was an elderly woman whose house was very cold. The foundation was exposed at places.

I thought, ‘How am I going to help her fix this?’ She didn’t have the money. So I called a Mennonite farmer and asked if he would bring straw bales to put around her foundation, and he did. You have to think outside the box sometimes when there’s not a lot to work with.

It’s exciting to tell the stories of people, she continues. Some of the clients were hard to work with—they would never allow people into their home. It was a challenge, and very rewarding when you were granted access and you could begin working with them.

And finally, an important common bond for these four social workers is the role their Christian faith plays in their profession.

My purpose in life is to love and receive love, and my relationship with God makes that possible, Miranda says. That gives me a very different attitude at work than I think I would have without it.

It gives me the ability to relate to and work with people who are struggling and may lash out from their own insecurities. I need to be able to see it that way and not take it personally—if I couldn’t do that, I wouldn’t have a social work job.

It’s who I am and how I was raised—to be kind to others, to love one another, treat others the way we want to be treated, Madelyn says.

Emily adds, I think of the word ‘compassion.’ It drives me to social work. It’s a part of my faith.

Faith is a source of strength, says Cathy, because [social work] takes a lot of energy, courage, discipline and commitment.

When you work with people, you have to give some of yourself, Miranda notes. There are certain boundaries you have to have, but you can’t do this job without also being a part of [the job]. That’s difficult, but also rewarding. 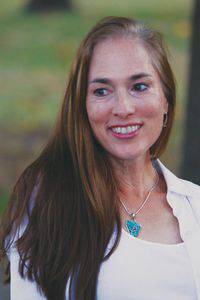 The one in the chronological middle is the first-generation social work graduate. Emily (Lehman) Weaver, Hesston, first came to Bethel from Evanston, Illinois, as a high school student to see her brother, Karl Lehman ’82, who was studying pre-med.

I visited and had a great time, she says. My dad is a social worker, so I had been considering that, and also biology and the sciences. I decided to come because both were here at Bethel. I could study in both areas, and I did take classes in both my freshman year.

Emily has been in Kansas ever since she graduated from Bethel in 1985—while here, she met her husband, David Weaver ’85. After graduation, she got a job at what was then Bethel Home for the Aged, located in Newton where the Bethel Deaconess Hospital campus once was.

I worked at the nursing home and then the hospital, she says. Then the [Bethel Deaconess] hospital merged with Axtell Hospital, and then it became Newton Medical Center.

So most of my social work career has been in the hospital. I did discharge planning and emergency referral for crisis situations. When a person leaves the hospital, you evaluate all the services and resources they’re going to need when they return home, with whatever limitations they have, after a hospital stay. I worked there through 1997. 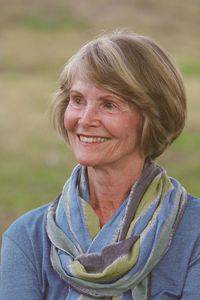 The second Weaver to graduate with a social work degree was Emily’s mother-in-law, Cathy Weaver, Hesston.

I came here because David, our son, graduated from here, and also Emily, Cathy says.

And also Jerry [Weaver ’63], who later worked here as campus pastor and assistant to President [Harold] Schultz, as well as tennis coach. We are loyal Bethel fans.

Cathy had some previous college study, but then she married Jerry and I had three boys. I didn’t have time to go back to school until we got the boys in college. Then I thought, ‘Why not go back?’ I always wanted to graduate from college.

Cathy’s first social work job was in Hutchinson with the Reno County Department of Aging. I did case management for Reno County and I did ‘homemaker services,’ she says. I would do assessment and screening and then match the homemaker to the client and monitor them monthly. We were working to keep people in their homes—the homemaker would go and perform the services necessary for them to stay in their homes.

I did that until we moved to Denver. Then I worked at an adult day care home and coordinated the Alzheimer’s room, until we retired to Hesston. 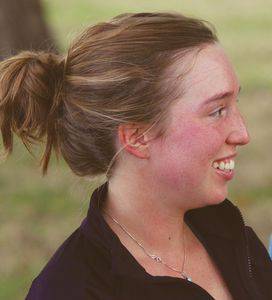 Little surprise that when it was time for Emily’s oldest daughter, Miranda Weaver (Wollenberg—she married Jamie just after she graduated from Bethel in 2013), Hesston, to go to college, she looked carefully at Bethel.

I was already familiar with Bethel because of family connections, Miranda says, and also tennis and doing a tennis camp here. The coach [Lonnie Isaac ’93] worked to make a connection with me and made it clear he wanted me to come. Concert Choir was also a reason I was interested in Bethel.

I came for a visit and liked the atmosphere and how close it was to home. It felt more familiar and home-like than other places I visited.

Miranda’s first job was at Prairie View Mental Health Services in Newton, as a youth and family services case manager.

I worked with about nine kids—the caseload depended on which kids you had. They ranged in age from 4 years to grade 5. We worked on social skills and coping skills, trying to help them learn to function in all the different environments. I also helped lead groups that practiced those things.

It was very challenging, but it taught me a lot, she says. She was in that job for a little over a year until, very recently, moving to the other end of the age spectrum.

I now work at Kidron-Bethel Village [in North Newton] as the life enrichment coordinator. Basically, my job is to build relationships with the residents and to find out what they enjoy doing and give them opportunities to do what they love. I can be an advocate when they express concerns or make comments, or a liaison between them and dietary staff or nurses—we all work together to meet their needs. 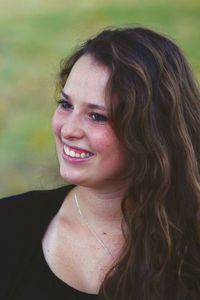 I wanted to be close to home because family is important, she says. Bethel was familiar because of my parents and Miranda going there. There was also the tennis team and the coach’s interest—I watched matches when Miranda played, so I was familiar with the team, too.

Concert Choir was a bonus for me, too. Miranda got a scholarship, and even though I didn’t, I’ve been very involved.

I like organizing resources for people, Madelyn says. At Project Access, I’m not the resource they go to, but I’m a connector. That’s a social work term.