A successful fellowship proposal gets Brian Stucky a dream-come-true chance to study flies and cicadas in Panama. 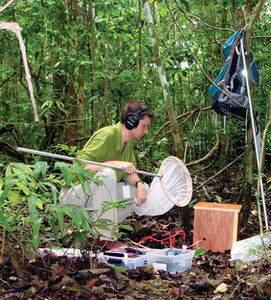 Though Brian Stucky ’02 came to Bethel in 1998 without a clear idea what he wanted to do with his life, he had one thing that guaranteed he’d eventually get there: curiosity.

He had started computer programming as a hobby when he was younger and at Bethel found he enjoyed the classes and kept taking them. He graduated with a degree in computer science and immediately went to work full time for Bethel’s Information and Media Services department.

Another hobby Brian had pursued as a kid was insects. I had an insect collection that I maintained until college, he says. Natural history was an interest. When I was working at Bethel, I began to collect insects again, especially cicadas, in my spare time.

Brian and Erin Schmidt ’03 got married in 2007. Erin was working as a graphic designer in Bethel’s Institutional Communications office but both were already thinking about graduate school.

I looked at computer science [programs], Brian says, but realized I was more interested in applied computer science than I was in theoretical research. I had been doing the computer thing for a long time and loved it, but I thought maybe it was time for something new. So I decided to try biology.

Brian and Erin chose the University of Colorado, Boulder, for several reasons: it wasn’t terribly far from home (Brian grew up in Moundridge, Erin in Newton); it had the speech/language pathology program Erin wanted; and it had Rob Guralnick, an associate professor in ecology and evolutionary biology. 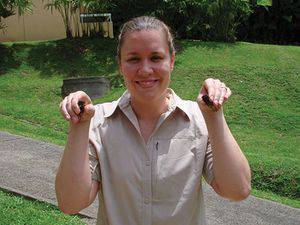 I wanted to see if I could combine computer science and biology, Brian says. What drew me to CU was this professor who is doing a lot of work in biodiversity informatics. He decided to take a chance on someone with little formal biology background.

Brian is now close to finishing his research for a PhD in ecology and evolutionary biology. He has returned to his earlier interest in cicadas­—and then some.

I’ve been curious about cicadas in Kansas, what makes what sounds—and I was amazed to find how little information there was, how little study had been done, Brian says.

His dissertation is actually on a particular kind of parasitic fly that uses cicadas as its host. These flies are unusual because they have hearing, which most flies don’t. They use it to locate the male cicadas, which call to attract females. The female flies will track the cicadas and infect them with larva, which develop for a few days—then literally eat the cicadas alive. 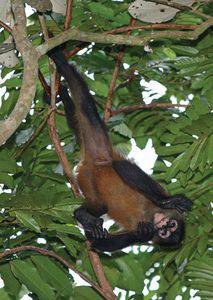 His study of the flies looks at a number of angles: natural history (what they do and how; how they interact with their cicada hosts and change host behavior); evolution (where they and their unusual lifestyle came from); population dynamics; and biodiversity.

Brian’s research got a major boost this past spring and summer when he spent six weeks on Isla Barro Colorado, Panama, the site of a field station for the Smithsonian Institution’s Tropical Research Institute.

This was an extension of my research in North America, with tropical representatives of both the flies and the cicadas, he says. The flies are mostly in the neo-tropics [Central and South America], but no one had done any research on these flies before.

A person studying the kinds of animals Brian has chosen has to get to the tropics if at all possible. The main reason I wanted to go there was that you could be missing something important in your research if you limit it to North America, he says. For me, there was this whole group of [fly] species that no one had studied. 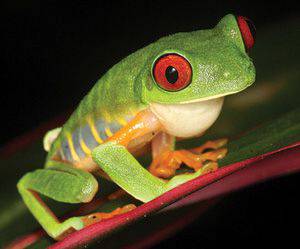 As he was looking for possible locations, he discovered the Smithsonian Tropical Research Institute had a short-term fellowship program that accepted proposals—so he wrote one.

I got to stay at the field station [on Barro Colorado], which was great by itself, because you’re living in the rain forest. It was an excellent scientific facility with access to everything you need— microscopes, photographic equipment, labs.

Brian spent his time outside making recordings of cicada calls and capturing cicadas. He also raised the parasitic flies and studied their behavior—which cicadas they chose as hosts, how they found them and how they infected them.

Erin was with him for part of the time, and his parents, Bruce ’75 and Pat Stucky ’74, came for a visit, too—and not only to experience a new part of the world.

They all helped with the field research, so I was able to get way more done than if I had been by myself, Brian says. They helped with hauling equipment, which sometimes meant hiking quite a ways. Once the equipment was set up, they helped with collecting and keeping track of specimens. 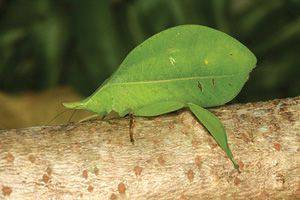 And this wasn’t unusual—they’ve all been helping me with my fieldwork since I started. They’ve been enthusiastic and helpful all the way along. I wouldn’t be near as far as I am without them.

There were other scientific benefits to being in Panama.

You’d be out in the field all day and see something weird, and chances are you’d meet someone at supper that night who was working on exactly that.

Those were in addition to the staff of resident scientists. In order to earn a fellowship, you have to have a local scientist who agrees to be a sponsor or supporter of your work. I looked at biographies and found those whose research interests match mine, then got help from several with the proposal process.

As Brian looks back on how Bethel prepared him for this academic and cultural adventure, he says the fact that it wasn’t in biology hasn’t mattered.

Computer science as a tool set is incredibly valuable to someone in the natural sciences, he says. I’ve done a lot of software development for my own work, when what I needed wasn’t available. You either do your data analysis manually or write software to do it for you. 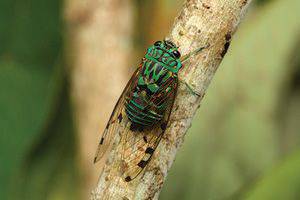 The courses I took in computer science at Bethel prepared me well for the rigor and challenges of graduate study. I know others have said it but it’s true—especially in the STEM disciplines, what they’re doing to prepare students for graduate school is helpful.

But he does want to give some credit to one faculty member in biology, whom Brian couldn’t have studied with initially because she began teaching after he had graduated. During his last spring semester working at Bethel, Brian took Francisca Méndez–Harclerode’s Zoology course.

This was great, both for the basic biology background and also just to get back into the rhythm of being a student —it had been a while by then, he says. Francisca was also kind enough to let me work with her for a few days in the summer, testing out a kit for doing some molecular genetic analyses, basically a ‘DNA fingerprinting’ kit.

Finally, she gave me an old copy of Campbell’s Biology, the definitive, comprehensive, introductory biology text, that I could work through over the summer, which was another good way to pick up some of the fundamental biology background I needed.

All of which got him, ultimately, to a major international research station. In addition to the scientific benefits of being in Panama, there was experiencing a new culture and having the chance to try speaking Spanish. Being in a different culture and interacting with different people is personally enriching, Brian says.

I had never been to the tropics, and it was a dream come true. It wasn’t quite like winning the lottery, but almost.