James Will was known throughout his lifetime for his generosity, which Bethel College has honored in the name of its new academic center. 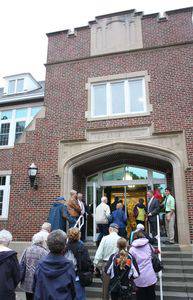 James Will was known throughout his lifetime for his generosity, which Bethel College has honored in the name of its new academic center.

Bethel received a seven-figure gift from the James A. Will Estate, said Sondra Bandy Koontz ’70, vice president for advancement. In appreciation, we have named the academic center for James Will and his family.

Including the word family in the academic center name memorializes Will as well as his parents and brother, Ernest Ernie Will, all of whom predeceased him, and also recognizes the Will extended family.

The Will estate gift will also contribute to Bethel in less visible but equally important ways through establishment of the Will Family Scholarship Fund.

Each Will Scholar, chosen annually beginning with the 2013-14 school year, will receive $5,000 per year for up to four years.

The first priority for the scholarship will be a graduating senior from Halstead High School – James Will’s alma mater – who is enrolled at Bethel College and has demonstrated solid academic achievement and strong commitment to community service.

If there is no such qualifying student attending Bethel College in a given year, next priority will be a graduating senior from any high school in Harvey County that the college selects, who enrolls at Bethel College and meets the other established criteria. 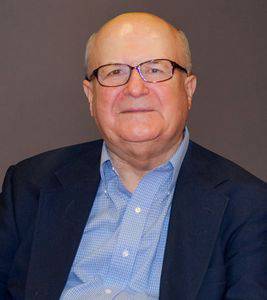 James A. Will was born in 1934 at the Halstead Hospital to Henry Gustav and Helen Elizabeth (Mueller) Will. He grew up on a farm north of Halstead, attended Riverside and South Garden schools and graduated from Halstead High School.

After two years at Bethel College, he finished his degree in business at the University of Kansas. He then served in the United States Army, stationed in Germany for part of the time.

He began his career at an accounting firm in McPherson before opening his own business on Main Street in Halstead and working as an accountant at Halstead Hospital. He was an officer for the Bentley State Bank and then a vice president at the Halstead Bank until his retirement.

Will was a member of First Mennonite Church in Halstead as well as many civic clubs and organizations. These included the board of directors for the Kansas Learning Center for Health, Halstead; Pine Village Endowment Foundation, Moundridge; Halstead Chamber of Commerce; Halstead Housing Authority; and Halstead Lions Club. He also served as Halstead city treasurer.

His family described him as a private person who nonetheless was concerned about others: He was most generous wherever he saw a need.

Will suffered a stroke in 2006 that limited his physical abilities although his mind, along with his interest in his family and friends, stayed active. He died Nov. 25, 2011, at the age of 77.