One special event at this year’s Fall Festival was the dedication of the new Academic Center – a completely renovated Old Science Hall with an addition built onto the east side. 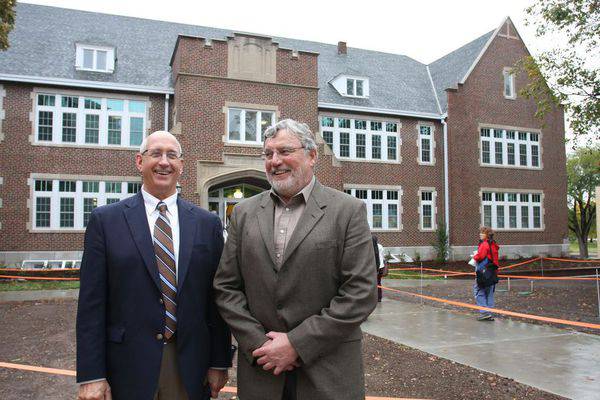 One special event at this year’s Fall Festival was the dedication of the new Academic Center – a completely renovated Old Science Hall with an addition built onto the east side. President Perry White announced that in recognition of a generous estate gift from James Will of Halstead, the new building has been named the James A. Will Family Academic Center. 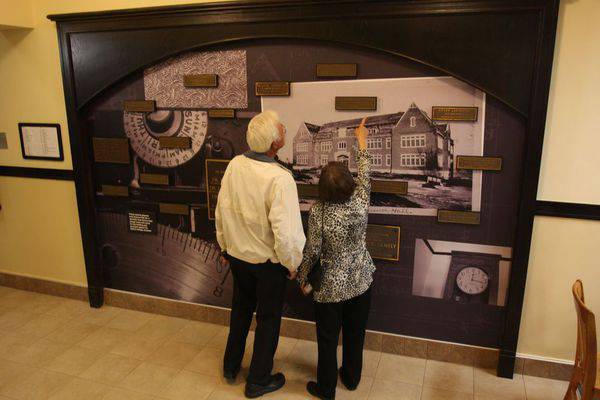 Dorothy ’54 and Willis ’53 Harder of North Newton admire a mural that includes a photo of Science Hall as a brand-new building ca. 1925, along with the original plates found on or near classroom and office doors that identified donors, and/or those being honored by donations made, to the Science Hall building fund. This mural is in the main entryway; nearby is a new ceramic mural created by Conrad Snider ’84 as a commission from the Class of 2008 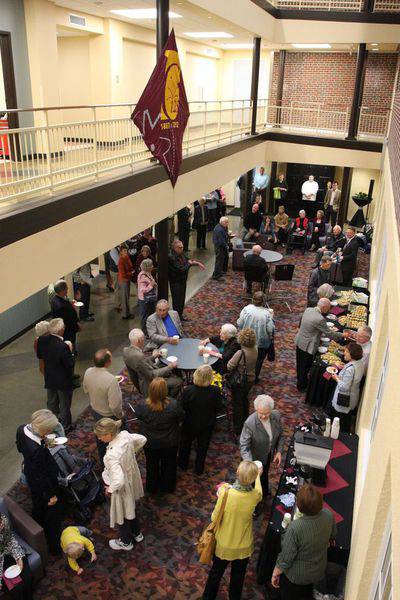 During Fall Festival, James A. Will Famliy Academic Center donors were invited to tour the building and enjoy a reception in the lounge area on the ground floor of the new addition. 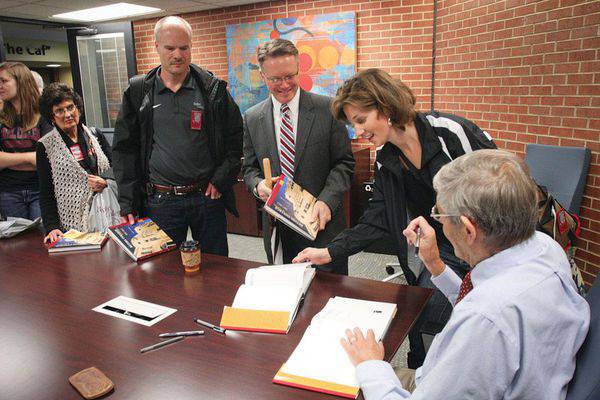 A Fall Festival event that celebrated Bethel’s 125th anniversary was the official launch of Bethel College of Kansas 1887-2012 by Keith Sprunger, professor emeritus of history. At left, Sprunger signs a copy of the book for Tammy Sawatzky ’98 as President Perry White and Galen Goertzen ’85 wait their turns.

On Saturday afternoon of Fall Festival, the chapel filled up for Sprunger’s presentation on the sources he used to research and write the book (photo at right).

Roz Royster McCommon ’93, Tonganoxie, with help from Greg Hinex ’97, Kansas City, organized a reunion and performance of the Bethel Gospel Choir at Fall Festival. The Saturday afternoon concert proved to be a Fall Festival favorite, with many in attendance expressing the hope that it might happen again another year. I couldn’t have asked for better, said McCommon of the experience. Pictured here, from left, are David Kaufman ’98, Halstead, Thane Chastain ’82, Wichita, Phil Sawatzky ’96, Newton, Hinex and Corbin Graber ’91, Divide, Colo. 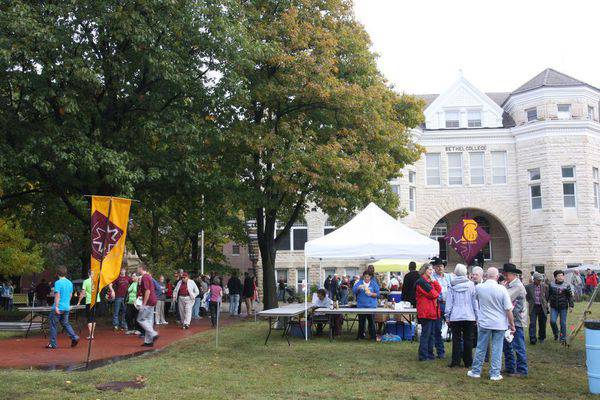 Despite light rain for Fall Festival 2012, the Green was a busy place on the Saturday Fair Day. 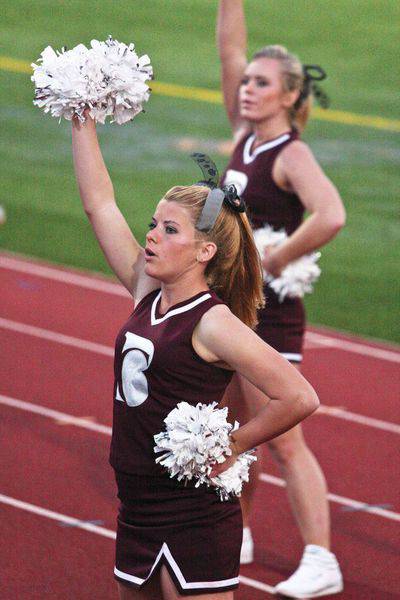 You can find more pictures from the 2012 Fall Festival in Bethel College's online photo gallery.