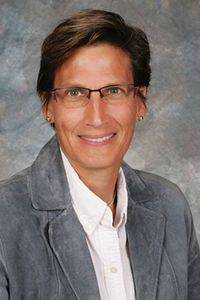 Since 2008, Tieszen has been superintendent and principal at Freeman (S.D.) Academy. As the CEO of the academy, Pam brings leadership experience in the area of institutional fundraising and office management, White said. We are very pleased to welcome someone with her experience to our strong advancement staff.

Tieszen received her A.A. degree from Freeman Junior College and her B.A. from Jamestown (N.D.) College with a double major in history and political science and physical education. She earned her M.A. in leadership in education from the University of Sioux Falls, S.D., and is working toward a doctorate in education (leadership focus) from the University of St. Thomas in St. Paul, Minn.

Tieszen has a long history at Freeman Academy. Following her graduation from Jamestown College, she taught social studies and physical education and coached track, cross country and girls’ basketball there for four years, 1987–91.

She was a permanent substitute teacher in science for the 1997–98 school year. From 1999–2003, she taught social studies and computer while doing curriculum development and serving as head coach for both boys’ and girls’ basketball as well as track.

Before returning to Freeman Academy as superintendent and principal, Tieszen was a psychology and sociology teacher at Lincoln High School, Sioux Falls, 2003–08. Tieszen will start in her new position at Bethel College later this year.

Because it was the middle of the academic year, Pam asked for the opportunity to help see Freeman Academy through this phase of leadership transition, with the intention that her appointment at Bethel will begin no later than July 1, 2014, White said.