The only men’s basketball player from the Kansas Collegiate Athletic Conference selected to play in the 2015 All-Star Game was Bethel senior Adam Arciniega. 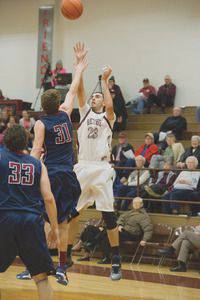 Arciniega played for the NAIA Division II All-Star Team against the Division I stars at the annual National Association of Basketball Coaches-NAIA All-Star Game, March 21 at Municipal Auditorium in Kansas City, Missouri.

In the KCAC, Arciniega was first in defensive rebounds, second in both scoring and steals and third in total rebounds. Jan. 21, he scored his 1,000th collegiate point in a game against Friends University.