A research scientist for the U.S. Food and Drug Administration will receive the 2014 Distinguished Achievement Award. 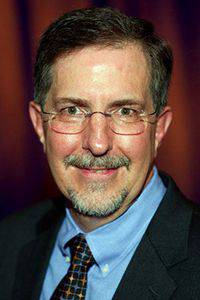 Peter Goering, Silver Spring, Md., graduated from Bethel in 1977 with a B.A. and a major in natural sciences. He earned a Ph.D. in toxicology at the University of Kansas Medical Center in Kansas City, Kan., and is a research toxicologist at the FDA, where he has been since 1986.

Toxicology is the study of the adverse effects of chemical, physical or biological agents on people, animals and the environment, Goering said.

Toxicologists work to determine what drugs and chemicals are toxic, what mechanisms of action make them toxic and at what levels of exposure they are toxic or non-toxic, in order to characterize the health risks to humans or other environmental species.

The work [we] do in health risk assessment, regulatory science and basic research is paramount for understanding the impact chemicals have on human and environmental health. Ultimately, the goal is to assure that drugs, medical products and chemicals are safe when used as intended.

At FDA, my career has been largely devoted to regulatory science research. ‘Regulatory science’ is [about] developing new methods, tools, standards and approaches to assess the safety, efficacy, quality and performance of medical therapies and products.

Two areas of research Goering is involved in are nanotechnology/nanotoxicology and biomarkers of toxicity.

Nanotechnology, the manipulation of materials at sizes of billionths of a meter, is an emerging technology that promises innovative advances in medical products—such as for drug delivery, bio-imaging, wound healing and orthopedic implants, Goering said. While nanotechnology might revolutionize medicine, it must be demonstrated to be safe and effective.

Predictive safety biomarkers are used in product development to eliminate medical devices and drugs with potential to cause cell or organ damage. In general, a biomarker is a biochemical change—such as increased production of a protein—in the body in response to exposure to a drug or chemical.

The best biomarkers are easy to attain and measure, such as in a blood or urine sample. A major drawback of the traditional, routine biomarkers used for decades to assess kidney damage is that they are notoriously insensitive for early detection of kidney injury, Goering said.

Goering’s lab, collaborating extensively with academic and industry scientists, contributed to the development of a suite of seven new biomarkers that can be detected and quantified from urine samples, which were subsequently accepted by the FDA to predict the likelihood of kidney damage in pre- and post-market safety assessments of drugs and medical devices.

Throughout my career, some folks have asked why I work for the government and do I feel professionally fulfilled working there, Goering said. I have always felt proud to be in public service. The work is meaningful and the FDA mission is ‘to promote and protect the health of the public’—therefore, FDA staff have the opportunity to have a positive impact on society and improve the health of our nation.

Several of Goering’s career achievements, he said, are becoming a board-certified toxicologist in 1994 (re-certified in 1999, 2004, 2009 and 2014 by examination); being elected by his peers, in 2006, to the title of Fellow in the Academy of Toxicological Sciences; and being elected, in 2013, to the Society of Toxicology’s four-year presidential chain, to serve as president in 2015–16.

One part of the job I like is ‘building for the future’ of toxicology and other STEM fields, Goering said. That has included mentoring graduate students and post-doctoral fellows in their research projects, and serving on Bethel’s STEM Advisory Council to support faculty and students.

I have been honored to host [Professor of Psychology] Dwight Krehbiel ’69 and several of his students in my home during their visits to Washington, D.C., to present their research projects, Goering said.

Goering is a native of southern California and grew up in Wichita and in Goshen, Ind. While he was at Bethel in the mid-1970s, he said, a key experience was the opportunity during my senior year interterm to live with Dale ’62 and Rosie Horst ’59 [now of Goessel] in Nutley, N.J., and go to Dale’s pharmaceutical company lab every day to work on my senior project researching an animal model of Parkinson’s disease.

He also lists a favorite experience at Bethel as being able to play in the jazz band for four years.

Goering is married to Sara Fretz Goering ’76. The couple overlapped for a couple of years at Bethel but did not get to know each other until both moved to Kansas City, Kan., after graduation.

They are parents of two sons, Joel ’04 and Samuel, and are long-time, active members of Hyattsville (Md.) Mennonite Church.

Goering will receive the award and be honored along with other alumni award winners at the annual Alumni Banquet, which this year will be held the first Saturday in June (June 7), at noon rather than in the evening.