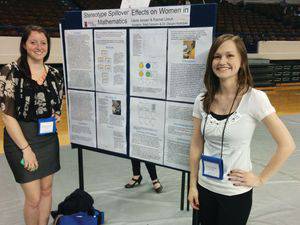 Two students presented their research at the National Conference on Undergraduate Research April 3-5 on the campus of the University of Kentucky, Lexington. Seniors Laura Jensen (right) and Rachel Unruh exhibited a poster based on their work in a Cognitive Psychology lab in spring 2013, taught by Brad Celestin ’13. 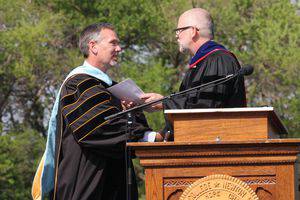 The Ralph P. Schrag ’37 Distinguished Teaching Award, given at commencement, this year went to Allen Jantz ’84, professor of education. Students praise Allen’s ... work to ensure that they are well-equipped to step away from Bethel and step into their own classrooms, said Brad Born ’84, vice president for academic affairs, in his citation. 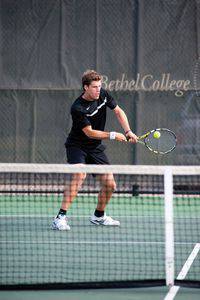 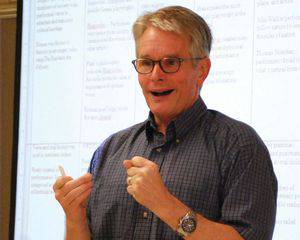 John McCabe-Juhnke ’78, professor of communication arts, has been awarded a Fulbright Scholar Grant that will enable him to take a full-year sabbatical in 2014-15, during which time he will spend nine months teaching at East European National University in Lensk, Ukraine.

For the third year in a row, Bethel College nursing seniors exceeded the national average pass rate for the national licensure exam. We were especially happy to achieve this result, said Director of Nursing Phyllis Miller. The National Council of State Boards of Nursing raised the standard in the past year, making it more difficult to pass the NCLEX-RN. 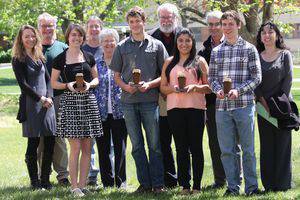