One of the new faces in Bethel College’s Office of Student Life next year will be that of campus pastor Peter Goerzen, though he’s not new to Bethel. 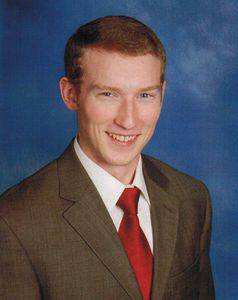 Goerzen assumed the role, along with that of director of church relations, in July. He replaces Dale Schrag ’69, who retired after 30 years at Bethel.

Goerzen ends his position as a pastor at Grace Hill Mennonite Church in rural Newton, where he has been since 2009.

Goerzen graduated from Bethel in 2007 with a degree in computer science. He worked as a software developer and system administrator at Excel Industries in Hesston from 2007-09.

When Goerzen’s wife, Katherine, started at Grace Hill as youth pastor in 2007, Goerzen tagged along as a youth sponsor, he said. In 2009, he became a co-pastor with Katherine. He was ordained in 2011.

As a Bethel student, Goerzen helped pioneer what was then a new ministry for Bethel, that of student chaplain, serving for two years. Part of his role as campus pastor will be to work with the student chaplains.

Goerzen has also studied at Anabaptist Mennonite Biblical Seminary, Elkhart, Indiana, and the North Newton-based Great Plains Extension of AMBS. He has completed nearly all required hours for a Master of Divinity degree and plans to graduate in 2015.

Goerzen has been active in the wider Western District Conference of Mennonite Church USA (to which Bethel College relates closely) and in the local community.

He currently chairs WDC’s Task Force to End the Death Penalty and served on the Year of the Bible planning committee. Along with others at Grace Hill, he is a regular volunteer at the Harvey County Homeless Shelter where he has appreciated learning to know people of many different life stories.

Katherine and Peter Goerzen have also jointly led Bible study groups for Bethel students at various times over the past several years.

As a table [discussion] leader for the annual WDC Assembly, I have delighted in hosting a sacred space that welcomes the sharing of diverse viewpoints, Goerzen added. As a delegate to Mennonite Church USA [biennial conventions], I have enjoyed both nurturing existing relationships across the country [and making] new connections.

The Bethel church relations position presents a great opportunity to continue building these relationships and connections, he said.

He also noted that he has found much joy in learning in college and seminary and has appreciated chances to teach a range of classes and ages in the congregation. I would welcome the opportunity for both formal and informal teaching in the college setting.

As campus pastor, Goerzen said he anticipates the special joy of joining students at Bethel and walking with such inspiring people as they grow in the Spirit.

It’s a true privilege to fill Dale Schrag’s position, Goerzen added. Dale has been a tremendous blessing to countless students and is a treasured gift to the church.

Peter and Katherine Goerzen live in North Newton and are the parents of Sophia, 2, and Nathan, born May 1.