Fall Festival 2014 was notable for several things—perfect weather after several years of not, a football victory over Southwestern College, the first Bethel Invitational cross-country meet on Bethel’s own course and a celebration of 40 years of social work accreditation at Bethel. 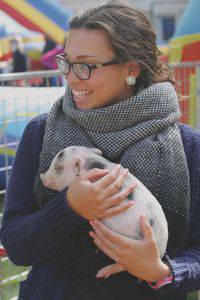 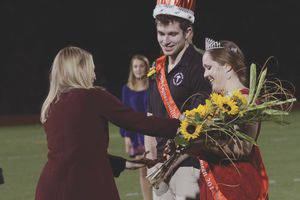 Some things were new—such as the Prairie Sky Stage outside the Luyken Fine Arts Center, where Leland Brown, sang blues with guitar accompaniment by fellow student James Goerzen. Some were old favorites—such as the petting zoo in the Children’s Park, where student Kimberly Buzbee, right, got to meet a very young pig.

Some were back after a hiatus of decades—such as the homecoming court. At left, in the middle, seniors Melinda Regehr and Tanner Steingard accept their crowns from Dalene White (Tanner was apparently the first-ever Bethel homecoming king and Melinda was the first homecoming queen since 1970).