The highs and lows of life on the road

Even the grind of a different hotel room every night can’t quench the energy an alumnus musician gets playing the music of the Glenn Miller Orchestra. 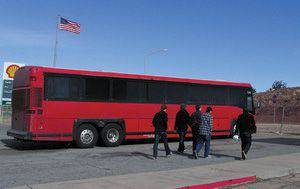 It’s exciting and it’s boring. Rewarding and frustrating. Exhausting and invigorating. This past year has been an experience I’ll certainly never forget.

In February, I flew to Pensacola, Fla., to begin touring with the World Famous Glenn Miller Orchestra, the only remaining full-time touring big band. The group is on the road 48 weeks a year, playing an average of five shows a week. In the last eight months, I’ve stayed in more than 200 different hotels in 41 different states. I’ve traveled thousands of miles across North America on a big red tour bus. I’ve been across the Canadian border six times and am spending November in Japan.

Late in December 2011, when I first heard there was an opening in the GMO, I immediately knew I wanted to audition. I had recently finished grad school, didn’t have steady employment and was at perhaps the only time in my life when it seemed reasonable to put all my belongings in my parents’ garage and go live on a bus for an indeterminate amount of time.

I prepared an audition recording, sent it in and waited. When I got the call saying that I had won the job, I was thrilled – not just because I had a job, but because that job was playing music for a living. At least to a certain extent, that was my goal since I began playing saxophone – for someone to pay me to do it every night. 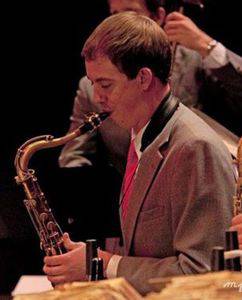 As one might assume, the most remarkable (and most frustrating, challenging and exhausting) part of this job is simply being on the road all the time. I wake up each day in a different bed in a different city. Then I go to work at a different venue each night, take the stage in front of a different crowd of people and play the same music I did the night before.

Each day is a variation on the same theme – always different but always pretty much the same. It can be a grind. Long hours on the bus with very few days off. Late-night gigs followed by early-morning departures. There are plenty of times I simply want to be able to return to the same house every evening and cook my own food. Instead, I return to room 206, or 208, or wait – was that last night? – and try to seek out a decent restaurant within walking distance.

After being on the road for eight months, my knowledge of hotels has far surpassed what I ever hoped (or desired) it to be. I know that Holiday Inn Expresses have cinnamon rolls and bacon at breakfast. I know that every Red Roof Inn in the country has the same artwork in the bathroom. I know that Candlewood Suites always have free laundry, but no ice machines. And I know that absolutely the only positive thing about the Motel 6 north of Austin is the taco truck in the parking lot next door.

Being in a new place every night isn’t completely bad, though. I genuinely enjoy traveling and seeing new places. This job has provided me with a unique opportunity to see a cross-section of America that I otherwise would never see. 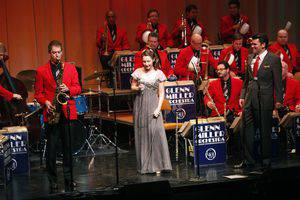 We’ve played in plenty of beautiful historic theaters, situated at the end of quiet main streets in small towns. These aren’t destination cities. If it weren’t for this job, I’d have no reason to go there. But there I am, wandering into a local brewery in Sandpoint, Idaho. Running by a picturesque bay in La Baie, Quebec. Eating huevos rancheros at an all-night diner in Socorro, N.M.

Of course, in addition to a unique travel opportunity, I’ve also gained extensive professional experience from playing with the GMO. Perhaps the most valuable musical lesson comes from being forced to perform on a consistently high level night after night, despite distractions.

Each concert, I have to try and find the energy and focus required to play the show (and play it well), even if we’re crammed on a small stage with bad acoustics, or the air conditioning in the theater is broken – in July – in Florida. Or I’m fighting off the cold that half the band has. Or I stayed up all night in New York City and only got three hours of sleep on the bus. Or, most importantly, it’s the eighth show we’ve played in the last seven days and I really just want to take a night off.

Most nights, it’s easy to find that energy. Sometimes it simply comes from the music. There’s a reason people still enjoy coming out to hear Glenn Miller’s music – it’s great music. It’s exciting. It’s lush. It’s fun. It swings. The band is full of fantastic musicians who are inspiring to listen to. And the group consistently plays at a very high level. It’s hard not to enjoy playing with them. 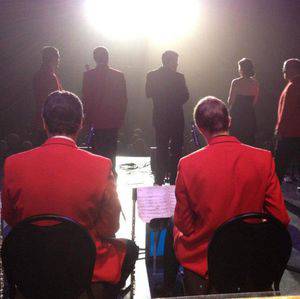 Most nights, it’s easy to feed off the audience’s enthusiasm as well. It seems that wherever we go, crowds are still excited to hear Miller’s music. For many people, especially those who remember hearing it as kids or remember their parents listening to it, the music has a really nostalgic quality. It’s always fun to watch people’s faces light up when they recognize a tune or see a couple transported back 50 years by a piece of music.

I can honestly say I don’t want this experience to last forever. It’s exhausting to live on the road. It’s frustrating to be away from friends and family for long periods of time, to miss friends’ weddings or not be home for holidays. But it’s also been incredibly rewarding.

Playing with the GMO has helped me improve many aspects of my own playing, especially in a big-band context. It’s been great for me to try and dig in to the style and work on playing in a way I wouldn’t in a more contemporary musical setting. My knowledge of repertoire from the swing era, especially the Glenn Miller library, has expanded greatly. All of these things have helped me grow as a musician and will inform my career in the future, be it in performance or teaching.

All in all, I’m just really glad to have had this opportunity. I’ve gotten to tour the country and the world with one of the most famous bands in jazz history; to meet a lot of new people all over the place; to see a lot of memorable places that I otherwise wouldn’t have even known about; to play great music with a great band. I’ve gotten to experience life on the road.

Joel Linscheid, a 2008 music and education graduate, is either in Japan or in transition between there and all his earthly belongings in North Newton.