Board member was a patient’s advocate, known for tenacity 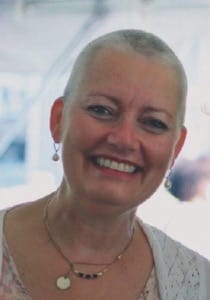 The daughter of Professor Emeritus of Mathematics Arnold Wedel ’47 and Dolores Wedel ’75, Wedel grew up as a “campus kid” and graduated from Bethel in 1976 with a double major in biology and peace studies.

Wedel studied medicine at the University of Kansas, completing a residency in internal medicine and a critical care fellowship.

Following her marriage to fellow physician Alistair Conn, Wedel moved to Boston, where she worked at Boston City Hospital and Boston University Hospital. When Conn left Boston MedFlight, a critical-care air transport service, in 1989, Wedel agreed to replace him as CEO and medical director for a year. She never left.

Under her guidance, Boston MedFlight became one of the leading life-flight programs in the United States. She founded the North East Air Alliance to foster coordinated efforts among the region’s air-ambulance organizations.

“Her mother was a nurse and it’s no accident that [Suzanne] went into the medical profession,” Conn told the Boston Globe. “She always was a patient advocate. She always put the patient first, and she would roll over any obstacle to get the best care for her patients.”

Following her diagnosis in late 2012, Wedel turned the abilities that had grown her company into advocating for awareness and early detection of ovarian cancer.

Wedel is survived by her parents, a sister, Janine Wedel ’78, a brother, Ed Wedel ’85, her husband, and three children, Kathryn, Christopher and Alexander Conn.