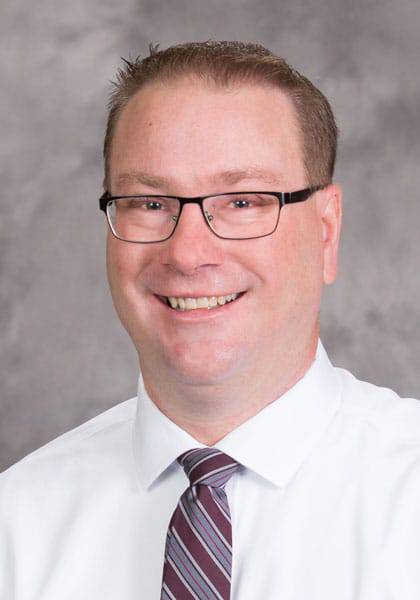 Johnson has served as an adjunct instructor in communication at FPU, as lead pastor of The Dwelling Place in Kitchener, Ontario, and as associate transition pastor at First Mennonite Church, Paso Robles, California.

“Bethel College has a wonderful history of inspiring students in the classroom, through art, athletics and service, equipping them to make a difference in the world. I am excited to join the Bethel community to continue this missional work,” Johnson said.

“Bethel is poised to capitalize on existing strength and value to reach out to new students who desire a college experience that encourages them to find the intersection between intellect, culture and professional success.”

“I am thrilled to have someone of Mr. Johnson’s caliber join our administrative team,” said President Perry D. White.

“Not only does Andy bring with him a track record of tremendous experience and success in the admissions field but, by all accounts, he is a person of tremendous integrity and character, with significant familiarity with Bethel and the south-central Kansas region.” 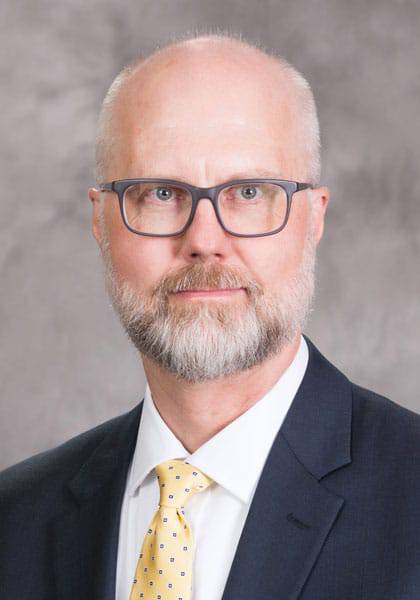 Milliman comes to Bethel from Cedarville (Ohio) University, where he was professor of New Testament and Greek. He has also served Cedarville in various leadership roles as a faculty member, dean of the School of Humanities, Fine Arts and Bible, executive director of academic development and academic vice president.

“I am grateful for the opportunity to assist President White and the other members of his cabinet with supporting and implementing Bethel College’s vision and mission,” Milliman said. “It is a privilege to join an academic community known not only for its rigorous instruction and liberal arts emphasis, but also for its Anabaptist values.

“The most impressive feature of Bethel, however, is the people that compose this unique community. They manifest the highest levels of professional qualifications, practices and achievements. More importantly, they are kind, open and welcoming. It is an honor now to be counted among them.”

Milliman has a Bachelor of Science in Bible and history from Pillsbury Baptist Bible College, Owatonna, Minnesota, and a Bachelor of Arts in political science with a strong emphasis in business administration from the University of Minnesota. He earned his M.Div. and Th.M. (major in New Testament) degrees from Central Baptist Theological Seminary, Plymouth, Minnesota, and his Ph.D. in theological studies from Trinity Evangelical Divinity School, Deerfield, Illinois.

“We are pleased to have someone with Bob’s experience and vision join our Bethel community,” President Perry D. White said.

Milliman replaces Brad Born, who announced his resignation last fall and who will take a leave for the 2015-16 school year before resuming his position as professor of literary studies at Bethel. 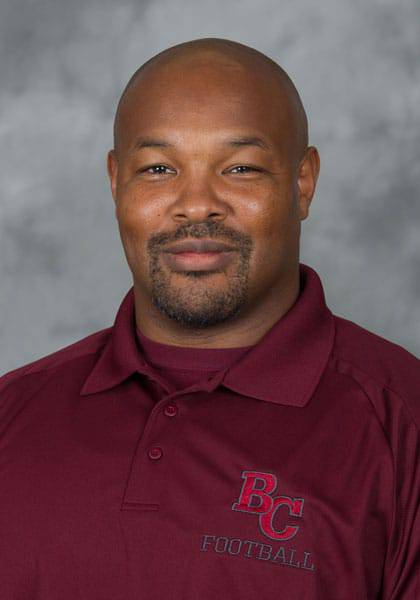 Lolar, a Wichita native, comes to Bethel from Independence (Kansas) Community College, where he was defensive coordinator and secondary coach.

From 2009-13, Lolar was on the coaching staff for Wichita’s Indoor Football League (IFL) team, the Wild, first as interim head coach and assistant defensive coordinator and then as head coach. In 2013, Lolar led the Wild to a 12-2 record and a league championship.

Lolar was an All-City defensive selection at Wichita South High School. As a collegiate player, Lolar lettered his freshman season at the University of Minnesota, then transferred to Friends University, where he was a three-year starter and two-time NAIA All-American.

He went on to play professionally, spending time at a Kansas City Chiefs training camp before signing with the Edmonton Eskimos of the Canadian Football League (CFL), where he played four seasons.

After earning a starting spot on defense in his first season with Edmonton, Lolar was part of a Grey Cup championship team in 1993 and runner-up team in 1996. He is the only native Wichitan to have played on a Grey Cup-winning team. After a brief time away from football, Lolar returned to the game in 1998 to play one season with the Winnipeg Blue Bombers.

Lolar was inducted into the Wichita Sports Hall of Fame as a member of the Class of 2010. He is also in the athletics hall of fame at his alma mater, Friends University.

“I am really excited to have Morris on staff,” said Kent Allshouse, Bethel athletic director. “We are fortunate to have a coach with his abilities taking the helm of the Thresher program. He is without a doubt the right person at the right time to take Bethel football to the next level.” “Academically and athletically, Bethel is about excellence,” Lolar said. “I am very blessed and honored to have this opportunity to be a part of the Bethel family. On and off the field, we pledge to carry forward the tradition of excellence at Bethel College.”

Lolar has a B.S. in organizational management and an M.S. in management from Friends University. 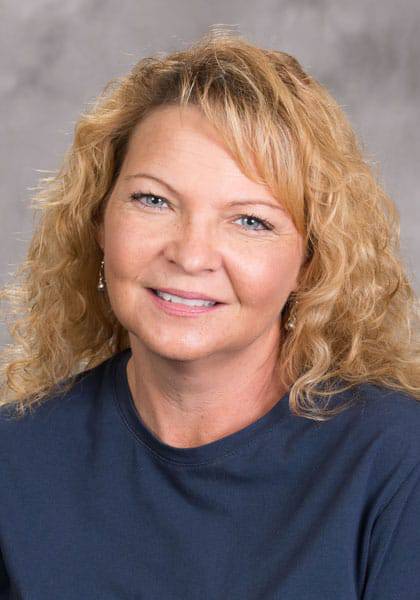 Even though she wasn’t looking for a new job and seldom checks the classified ads, one day earlier this year, Tammy Shirley happened to see something in the Newton paper that caught her attention.

Bethel College was advertising for an associate registrar. “You never see an ad for a registrar,” Shirley told her husband, Don.

As of July 1, Shirley is Bethel’s new associate registrar, filling the position that Kay Schmidt ’88 left after 27 years (see page 33).

Shirley is a lifelong Newton resident who graduated from Newton High School and studied at Hutchinson Community College.

Starting in 1998, she spent 18 years working with USD 373, Newton Public Schools, in the administration offices at Newton High School. She started as receptionist, then moved into the academic registrar position. For the last six months, she was administrative secretary to the principals.

She also worked for five years in accounts receivable at Bunting Magnetics and spent a number of years at home while daughter Kayla was small. Kayla is currently a student at Santa Fe (New Mexico) Com- munity College where she is studying computer programming.

Shirley “missed registrar-ing,” she says, and regularly dealing with students, so she’s looking forward to having students on campus again soon, although she also says there’s a lot to learn before then.

As the academic registrar at NHS, she worked on maintaining records and grades, and running state reports. Scholarships, transcripts, honor roll, grade classifications and degree checks were all part of her job description.

The requirements for a college associate registrar are similar, she says, “but on a whole new level.”