Friends and family are mourning the loss of a man who was an avid fan of Bethel College Thresher football. 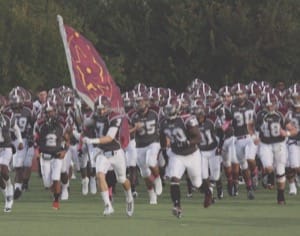 Many called him “Bethel’s Number 1 Fan,” a title he owned proudly. He seldom missed a home football game, cheering on the Threshers from the sidelines rather than the stands.

Coaches would call on Staley to give pep talks to the team. When Bethel won the Kansas Collegiate Athletic Conference championship in 1980, Staley was awarded a championship ring as an honorary Thresher.

Memorials have been established with the Bethel College athletics department and Immanuel Baptist Church, Newton.