Around the world in 21 days 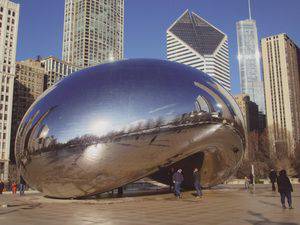 Cloud Gate, aka The Bean, in Millennium Park 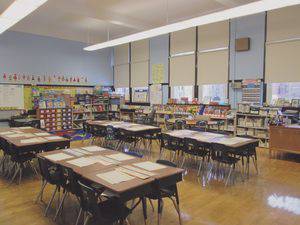 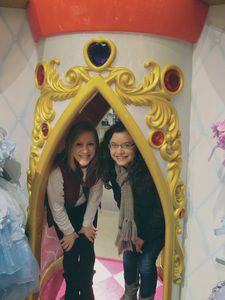 The opportunity I had in Chicago to engage in multicultural education taught me things I could not have learned as thoroughly in a lecture hall. —Renae Stucky, senior; School and Community with Lisa Janzen Scott ’84, assistant professor of education and mathematics 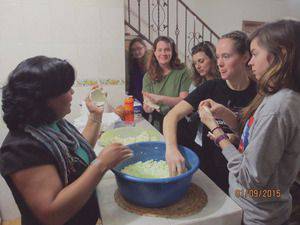 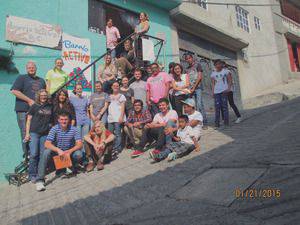 The Bethel group poses with volunteers from Barrio Activo, who work in Mexico City to give children an alternative to gangs 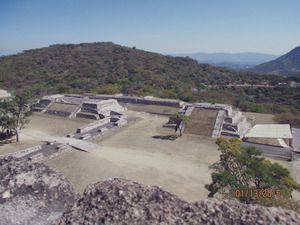 The rebuilt pre-Columbian city of Xochicalco, state of Morelos, Mexico.

Two bracelets serve as a reminder of history in Mexico City. One came from visiting pyramids where the Aztecs sacrificed humans to the sun god. The other was made by “Jane,” a transvestite who was thrown out of her family at age 7. This woman greeted me without fear, but also with warmth and respect. Instead of jaded eyes, she showed compassion. [We heard] many other dynamic stories from migrants of war in El Salvador and Guatemala. —–Koki Lane, senior; Social Development and Social Justice with Ada Schmidt-Tieszen ’74, professor of social work 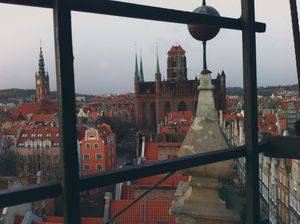 A view of St. Mary’s Church in Gdansk 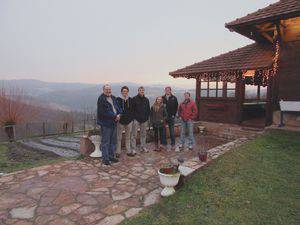 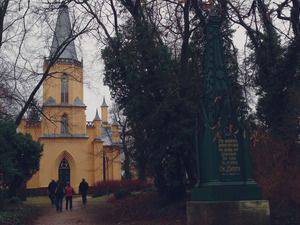 A church in Großbeeren, Germany, where the Bethel students had home stay

To illustrate the complexity of Serbia’s history, one of the older gentlemen told us he has been a resident of Belgrade all his life and has lived in seven different countries during that time. —–Jesse Voth-Gaeddert, senior; History of East-Central Europe with Mark Jantzen ’85, professor of history 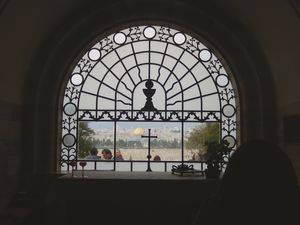 Dominus Flevit Church on the Mount of Olives, which marks the site where Jesus wept over the city of Jerusalem (Matthew 23:37) 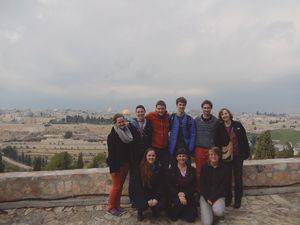 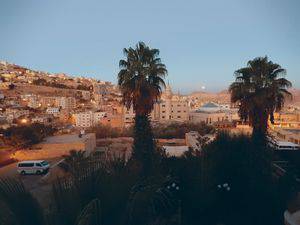 While the ruins, churches and historical sites throughout the Holy Land were magnificent, the people who live in such a tense situation but hold onto their humanity were even more inspiring. —–Leah Towle, senior; Jerusalem Seminar with Lois Harder, co-pastor of Lorraine Avenue Mennonite Church, Wichita

Senior Mariah Ekart chases iguanas to use in her class project 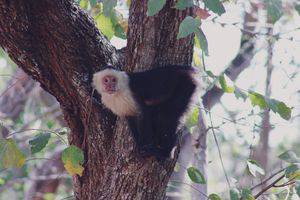 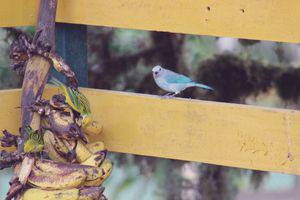 [In San Jose] we began learning how to navigate urban Costa Rica, essentially by mirroring the behavior of Costa Ricans. Traffic was chaotic, so we quickly learned to only cross the street when others were doing so. —–Emma Bradley, senior; Tropical Biology Field Trip-Costa Rica with Jon Piper, professor of biology